The echo has arrived. Over the course of the spring and summer I have often talked about how most major stock market pullbacks are followed by a rise up and then a second pullback. That second pullback (the echo) is upon us. Over the summer stock prices recovered from the March lows to reflect very optimistic (let’s say extreme) investor expectations. Since about the beginning of September we have witnessed a decline in the S&P500 index and various markets around the world. 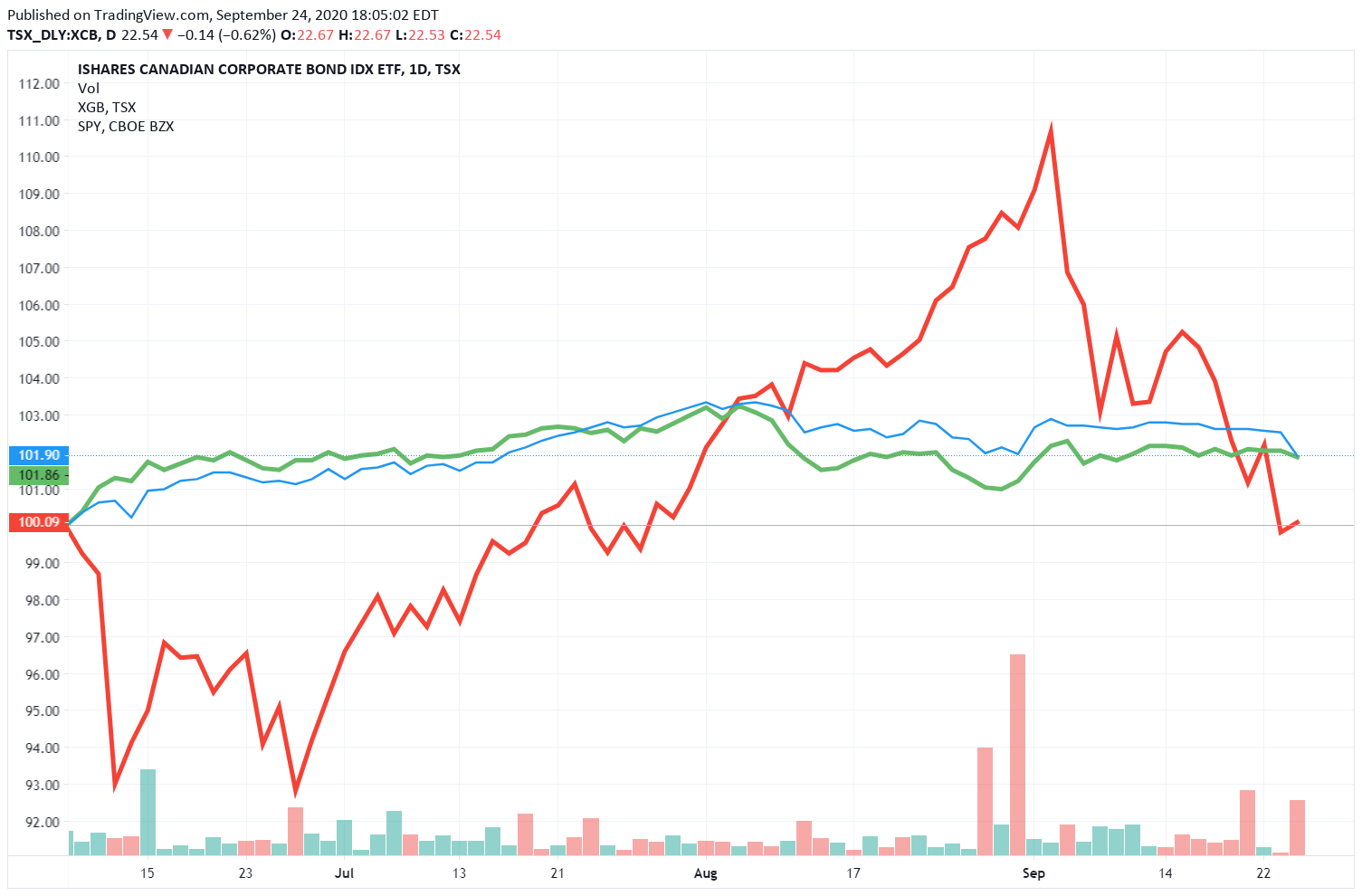 Near the end of the summer, statistics showed that US fuel consumption during the summer driving months came in below the optimistic mid-summer expectations. That was followed by a decline in the tech stocks that had risen far out of step with the rest of the market and the economy. Then we began to see a resurgence in Covid19 infections in Canada and many parts of the world. The oil consumption undershoot, the spooking of momentum traders about tech stocks, and the increase in Covid19 were enough to knock the froth off the markets. From its summer peak of almost 3600, the S&P500 index has fallen just over 10%, and fallen back to early July values.

While it is not realistic for investors to think they can time the market bottom, the pullback has brought some rationality to the market that was missing this summer. Over the course of the summer I had parked some of my money in government bonds and the like. Even though the interest they pay is a frustrating pittance, it now looks like that was a decent place to be to sit out the summer’s rollercoaster. Now there are likely much more reasonable opportunities to be had this fall.